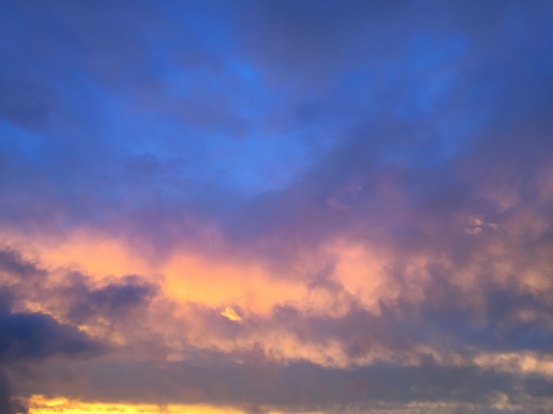 I’ve been writing a long time. Back when I was in high school, I made a serious commitment to myself that I was going to write a novel before I graduated and I did. From beginning to end, I wrote a novel using characters based off people I knew set in a dystopian world back before dystopian YA was in vogue. (We’re talking pre-Hunger Games, pre-Divergent, right in the middle of desperately hoping Harry Potter and the Half-Blood Prince wasn’t going to gut us like OotP did. Ahem.)

Needless to say, it was a horrible mess and for most of the obvious reasons. It hasn’t seen the light of day in over a decade and I’ve written many drafts of novels since. Almost all of those have been relegated to the same drawer in my desk, hidden from view. Occasionally, I’ll pull them out, take a look at how far I’ve come in terms of skill, plotting, and not basing all my characters off people in my life.

Then sometimes I come across something completely different. Years ago I began working on a novel that would consume at least a month of my life for the next ten years. I plotted and rewrote, tweaked, and tried in horrible desperation to find some way to make it work, but it never has. I made the ultimate decision two years ago to file all versions of the novel and all notes away. I tried not to think of it. Tried not to wonder how I could make it work if only I had more time, more experience, more…something.

Alas. Some projects are not meant to be. Some novels aren’t meant to be written. Some stories just can’t be told…or can they?

At the core of that novel was the story of a woman coming to terms with the fact that her father betrayed her to a madman. I explored what she felt, how she would deal with it, but it was never enough. The story and her feelings just didn’t play well together.

A few days ago, while plotting out character arcs for Queen’s Lament, I realized something. Kethra and Sylvain’s non-relationship is exactly the same from the novel I agonized over for so long. When I realized this (mind you, I’ve been drafting and plotting this novel for over a year at this point), I was shocked at how well this dynamic was actually working. A subplot I loved so much was finally in a novel and, bonus, it fits.

I now feel like this novel, this odd expansive spec-fic world I’ve created was meant to be, tying one of those old projects into something I will publish later this year. It feels like coming full circle in a way.

Regardless, I’m happy to finally see how this relationship will play out in Queen’s Lament and I’m excited for what’s to come.